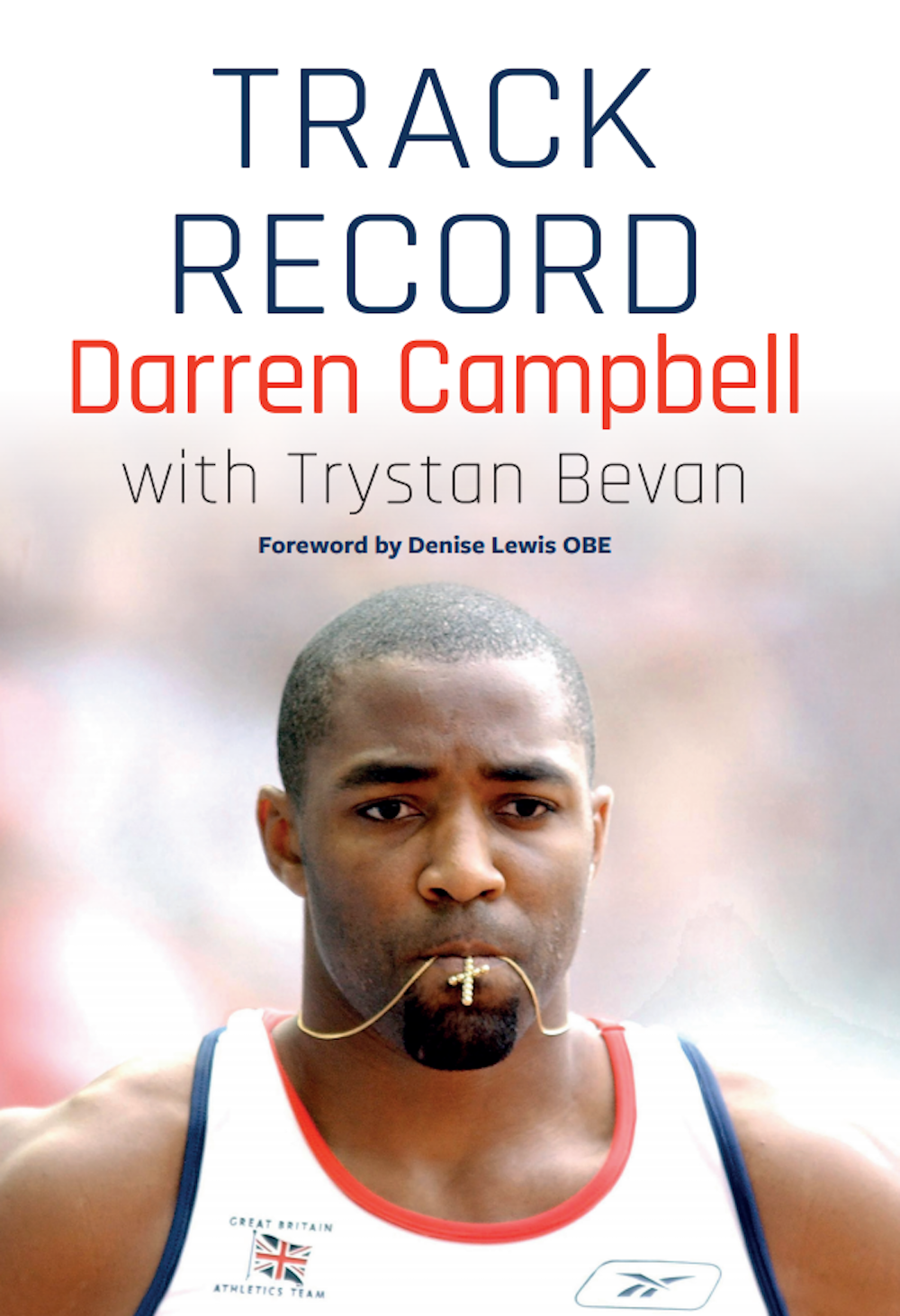 by MY FINISH LINE

There were three Brits in the final; Dwain, Marlon and me. I can recall feeling very calm – with almost no nervous energy – prior to the call to the blocks, as if I was sub-consciously suppressing any anger that the winding-up from Linford should have generated. As the gun fired, and as we all rose from our crouched positions to be in full stride, I realised I was out in front with the Greek athlete Papadias on my right shoulder and running well. It was at this point that I expected the field to pull away and for the fight to begin for medals. Then, a little after halfway, I sensed that both Dwain and me were starting to create some daylight between us and the other six runners. The reality that most people might not be aware of, is that sprinters do not accelerate and then keep getting quicker all the way to the line. Most reach a peak speed at around 50 metres and then slow down gradually as fatigue hits. The winner is often the athlete that slows down the least. This is a part of the scientific approach to sprinting that justifies the overspeed and speed endurance work done in winter months. Dwain and I had reached peak speed and were cruising nicely at 50 metres. A second scientific concept, which every sprinter who runs a straight line can relate to, is Einstein’s theory of relativity and, bizarrely as it sounds, this played a part in my Budapest win. I felt time slow down enough for me to gather my thoughts. Despite the race only lasting ten seconds, the quicker we travelled the more thinking time we had to appraise and to evaluate. My thoughts briefly wandered, and I began contemplating whether, if the winter endurance and strength work I’d soldiered through were going to give me any spur at all, this would be it. It was a sprinter’s equivalent of the pause a racing-car driver experiences before changing down gear and accelerating to overtake an opponent. Sure enough, with 30 metres to go I felt a wind hit my sails and I maintained my speed as others were starting to slow down. I raised my arm as I crossed the line – without dipping –in the full knowledge that I was European Champion. The next ten seconds became a blur: the realisation of a dream and the rather underwhelming feeling of, ‘What am I meant to feel like now?’ It was my first senior title in athletics and the immediacy of it felt the same as finishing a British League event in Croydon. I held my face in my hands and tried to take it all in. I’m sure Paul Gray and Jamie Baulch posted personal bests as they sprinted past the on-track security to mob me on the bend. Celebrating with training partners was half the joy of success, and in embracing my fellow training partners the wave of euphoria hit me. I had also made good on my promise to Linford – I took his European Championship record in the process. During his television commentary on the race, the brilliant and greatly missed David Coleman accidentally called me Dwain Campbell – one of his infamous ‘Colemanballs’ – but as I had won my first senior individual title he could have called me anything and I would have forgiven him for it.