Masters Sprinter and Coach David Maris joins us for a blog on running, speed and training methodologies for endurance as well as speed. 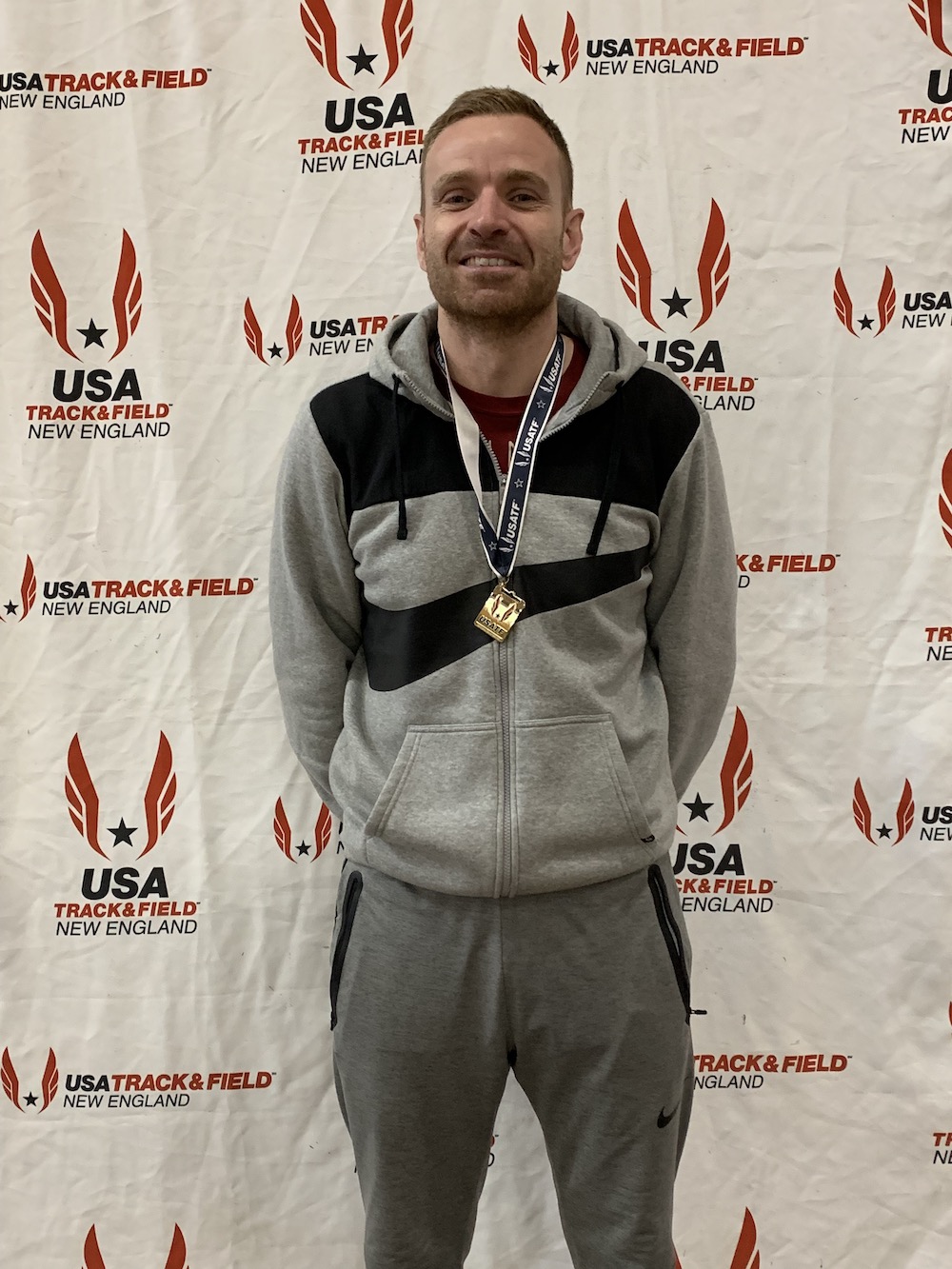 
David Maris is a British masters sprint athlete currently working as a Physical Education teacher at an international school in Boston, Massachusetts. He represented the University of Wales Institute, Cardiff at the British University Championships, and graduated with a degree in Sport and Exercise Science (BSc). David holds both British and U.S. certifications in coaching sprints and between living in the U.K. and U.S., he spent five years in Dubai running his own business coaching youth athletes speed development as well as coaching sprints for a track and field club. Throughout David's experience as a coach and athlete, he's been fortunate to train alongside and observe the practices of legendary British athletes, such as Craig Pickering, Greg Rutherford and Darren Campbell amongst others. These experiences have contributed to David developing his own ideas, perspectives and philosophies about pertinent approaches to developing sprinters.

David, you have been in a position as coach and athlete to work alongside and learn from some of the best in the world at their craft. What are the key takeaways in your opinion when it comes to looking to improve speed for an endurance athlete?

I think that whilst there is a huge variety in the ways elite sprinters train, a common theme in terms of developing speed is that there is always some attention paid to maximum velocity sprinting, which is regularly performed with maximum or near maximum intent. I believe that how much of this type of work is included, and how close to maximal intensity it is, is highly individual based upon things like a strengths/weaknesses analysis, injury history etc. My advice would be to start with a conservative dosage and then increase it as required, because this type of work inherently carries an injury risk, and whilst it may not feel particularly taxing, especially to an endurance athlete who may associate high volume sessions with difficulty, it doesn't take a lot of this type of work to overly challenge the central nervous system. The best athletes that I have been around generally pay a lot of attention to mechanics when they sprint as well. Not only can this increase performance directly, it can also decrease the injury risk, therefore allowing for more consistency in training, which has the added indirect benefit on performance. When addressing sprinting or running technique, I think it can be easy to overwhelm an athlete by flooding them with feedback and trying to fix everything at once. Again, I would adopt a conservation approach to addressing any mechanical issues, starting with 'big rocks' and fixes that will yield the biggest return on investment. Once one issue is resolved to an acceptable level (I'm not sure perfection really exists), then address the next point up the hierarchy and so on.

How important do you feel speed capability is for an endurance athlete, or indeed for multi-sport athletes such as triathletes?

Whilst speed itself may not be the overriding factor in how successful an endurance athlete may be, I certainly think there is some efficacy in addressing speed. The concept of speed reserve is that if I want to perform my event at a velocity of 5 metres per second, it is easier to do so if I am able to maximally run at 9 metres per second as opposed to 7.5 metres per second. Therefore, raising the ceiling allows an athlete to perform at race pace more efficiently, which drains their energy reserves at a slower rate, and can ultimately allow for a higher race pace. In addition to this, there are examples where endurance events are won and lost by small margins and having that extra burst of speed at your disposal may allow for a 'kick' that means the difference between winning and losing. By the same token, as an athlete improves, it becomes exponentially more difficult to continue to improve, so they are now looking for marginal gains, and an increase in maximum speed may offer such an avenue to performance increase.

In my experience, coaching youth athletes is more about engagement and ensuring they're enjoying the process. There is less at stake for them, and therefore giving up the sport is a more viable option, so it's important to do what is necessary to keep them involved. I think with youth athletes a more general approach to training is likely to allow for performance improvements, and I also think it's possible for 'bad' training to be masked by physiological maturation and therefore whilst the training may not be great, youth athletes continue to improve. With elite athletes, I think many qualities are already near optimised, and so we are trying to eek out small improvements wherever we can find them. Therefore, in combination with a needs analysis, the approach becomes more nuanced and individualised. Whilst this may appear that with elite athletes, the emphasis should be on addressing their weaknesses, I don't think that is necessarily the way to go, and I tend to think the advice of 'keep the strengths strong, and fill in the weaknesses' is sound. I think that finding out which traits an elite athlete has that makes them elite is important, and continuing to address those in training can keep the athlete feeling confident, but there's perhaps a chance that these are their strengths because they are more responsive to the kind of work that addresses these qualities. Ultimately, you have a balancing act between addressing an athlete's strengths and weaknesses, and the extent to which the emphasis is biased is again individual.

A large proportion of our members are competitive as well as social athletes looking to finish events as much as aim for personal best times in them. What advice would you give people who are competitive enough to want to see improvements but unable to commit as much time as they can to their training?

As a masters athlete myself, this is a balance I have been trying to strike, and it does become difficult. Not only does being a social athlete mean that there is less time to train, it also means there is less time to recover, and therefore you need to be selective about where you are going to target your efforts. My advice would be to determine what is going to give you the biggest bang for your buck. Which training modalities are a 'need to do' and which are a 'nice to do'? Focus on the elements that will have the most impact on your performance, and if there is time left over, you can begin to address some of the less essential work that may also help your performance. The potential benefit of having less time to train is that it allows you to exercise a greater degree of focus, and you target what really needs targeting whilst cutting out some of the 'fluff'. This may result in a reduction of the risk overtraining and therefore improved athlete health, which can lead to a better performance. I recently read a quote that stated 'it's better to go into a competition 70% ready, but 100% healthy' which resonated with me, and although I'm not from the distance running community, I imagine there are many people within it who perhaps lean of the side of doing too much, as opposed to doing too little, so this scenario can be a blessing even if it may not appear to be at first.

Do you use any non-running training methods (bike, weights, circuits etc) in your coaching when it comes to speed development?

As I've gotten older I've used the bike far more for developing general capacities as it allows me to challenge my energy system development without the same degree of impact that potentially could stress my joints and connective tissues. This again is highly individualised, as I have struggled with Achilles issues which has meant there has been somewhat of a ceiling upon the volume of running I feel I can safely perform. I have actually used weights less as I have gotten older, for similar reasons. The big, compound movements which I enjoyed so much when I was younger, no longer feel good on my knees and my back, and I think it has now got to the point where the risk outweighs the reward. Occasionally I will still do some light weight movements in the weights room, but it is far less of a staple in my training than it once was. I had got to the point where my lifting numbers were no longer improving very much, and therefore perhaps I had exhausted the max strength benefits of lifting and I had enough work in the bank that it's not really something I've needed to work on as much. They say fitness is hard to improve but easy to maintain, and perhaps this is an example of that idea. Another method I use that I think can benefit many runners is jump training and/or plyometrics. I think plyometric exercises can develop explosive qualities and allow the athlete to rely more upon some of the elastic qualities of the body's tissues, which means that, firstly, less work is required to get off the ground, again promoting efficiency, and also the athlete may be able to get off the ground sooner, therefore increasing performance via an improved stride frequency as well.

High intensity intervals (what we used to call Fartlek) as well as long slow runs are making a comeback, if many coaches and opinion leaders are to be believed. What do you find is the best way of developing aerobic endurance in the off season?

For a sprinter, I think the advantage of intervals over continuous running, is that the breaks allow for the running to be performed when the athlete is feeling a bit fresher, and therefore more attention can be given to mechanics, which may prevent bad technical habits from creeping in. Over the years, there have been many successful sprinters who have performed long runs as a part of their training, but it appears to be less in vogue now, and it's probably not something I would use in most cases. For an endurance athlete, I imagine there is value in using continuous runs as that more closely reflects the demands of the competitive event. That doesn't necessarily mean that it's the only type of running an endurance athlete needs to do, but I'd be uneasy about sending an athlete into a competitive environment when they have not practised work that closely mirrors what they need to do in order to be successful.

David, thanks so much for your time and for your knowledge! 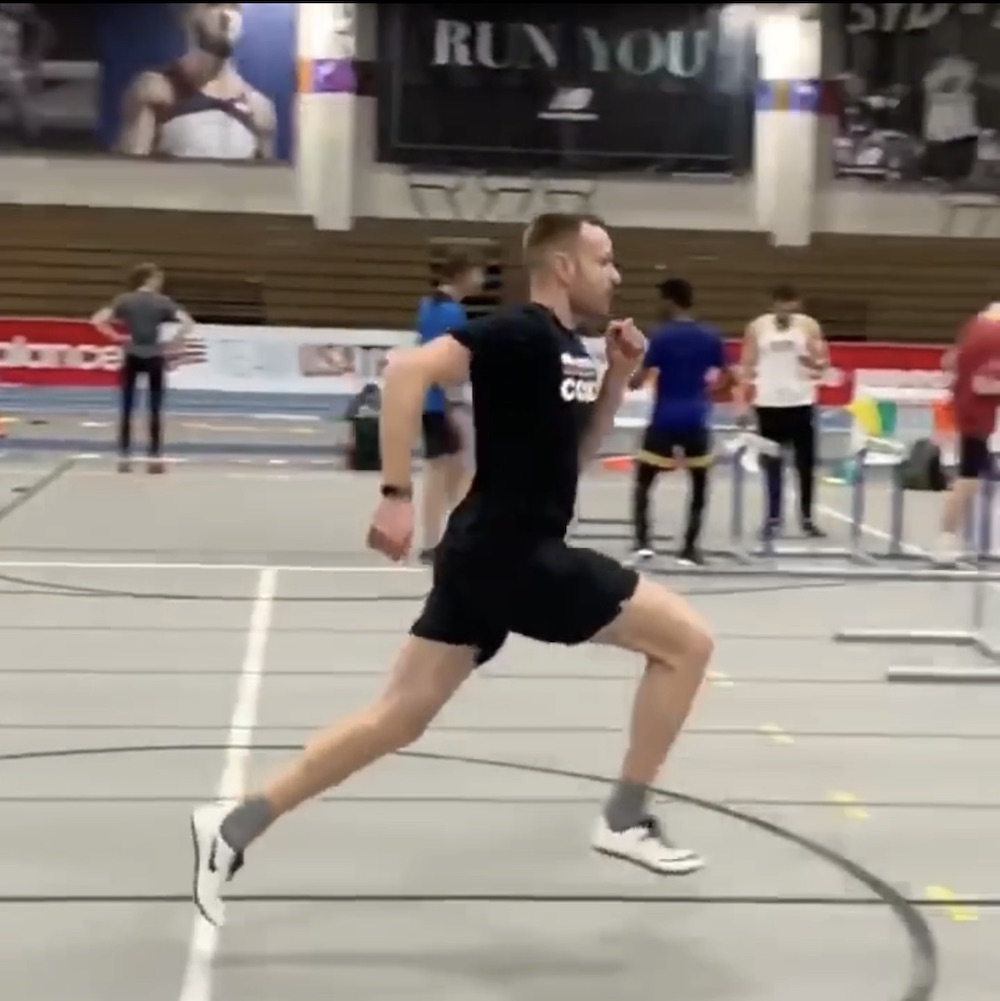